May 2014 BaZi and Feng Shui Forecast

May 2014 BaZi and Feng Shui Forecast 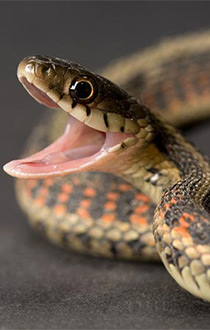 On May 5th, we welcome the month of Yin Earth Snake 己巳. Buh-bye heavy Earth month! It was quite an interesting month for some. But alas, the Snake 巳 brings about more changes and movements!!

The Snake 巳 month also brings us back to FIRE as we officially transition into the Summer season. Are you ready? The theme of this year’s “fiery heat” is no longer “new” news to those who have been following my forecasts. With the Fire season back, we can expect to see a LOT more activities – both good and bad. Let’s start with the bad and we can end on a good note.

First off, the Snake 巳 is also a Yin Fire 丁 element, like a candle. If you recall, Yin Fire 丁is associated with gunfire and atomic bomb. It won’t be a surprise to see more gun fighting this month with increased threats or activities related to nuclear testing. We know this because 5 years ago, two major global events hit the news wave: (1) an American soldier in Iraq opened fire on a counseling center at Camp Liberty in Baghdad, killing 5 US soldiers and wounding 3 others. (2) North Korea allegedly performed its second nuclear device test, leaving the rest of the world feeling uneasy about the motivation.

Since Russia’s President Putin is not a fan of the Fire element, it will be very interesting (and nerve-wracking to some) to see what will happen with the crises in Ukraine. While Putin’s behavior appeared less erratic in April than before, Russia was hit by a long list of global sanctions, further isolating the country from the rest of the world.

But now, as we approach the peak of Summer (in June), how will he behave? The world has certainly seen his dramatic transformation. With the Year’s influence, he has turned into an ideology-fueled national leader who will stop at nothing to restore his country’s influence. This will be an important month to watch as Ukraine holds its May presidential election on the 25th, which also happens to be a Yang Fire 丙 day. I guess we will have to wait and see.

The Snake 巳 is a clash to the Pig 亥 this month. If it sits in your Day Pillar, it might be a good time to pay attention to your relationship area. A clash is also a good time to consider taking some time off to travel. The Snake 巳 loves the Monkey 申; however, the Snake 巳, being a “land animal,” will also combine with the Monkey 申 and Tiger 寅 to create a Fire Penalty. If Fire is not particular favorable to you, it is best to pay attention to your health and increase the Water element in the body and in your environment. While some people like to incorporate colors in their fashion (Water is Black), the best way to minimize the penalty is by taking care of the health with food and supplements. As we gain momentum, yet again, to an outrageously strong Fire time, it is best to support the kidneys by taking in some healthy fats and oils, such as Omega-3, flaxseed oil, fish, and cooling foods. Or go splash around in the ocean!!

Speaking of the land animals combining, it is often associated with our modern-day automobiles and land transportation. I have a client who already had a two-animal combine of Snake 巳 and Tiger 寅 in her Four Pillars. During the month of Monkey 申 (August), she appeared to have experienced more car-related problems: fender benders, unexpected traffic delays, car overheating, etc. What’s even more puzzling is that these major issues happened during the Monkey hour (15.00-17.00)!

With that said, 2014 is definitely no stranger to major air and sea accidents (as per Grand Master Raymond Lo’s October 2013 annual prediction for 2014); most notably with Malaysian Airlines 370 and the South Korea Ferry.

Anyway, let’s return our attention to the Heaven Stem of Yin Earth 己. In Chinese Metaphysics, Yin Earth 己 is often compared to a garden. Unlike its counterpart, Yang Earth is like a mountain. A garden is described as sentimental, gentle, and soft, and often epitomizes the feeling of comfort and harmony. Physically, a Yin Earth 己 person appears quite slim and generally possesses natural charm and charisma about them. Famous examples? United States Presidents Barack Obama and Abraham Lincoln.

Feng Shui Flying Star 5 is in the Center this month. Countries in the “center” such as China and the Middle East should watch out for major conflicts and disturbances this month. For one, Misfortune Star 5 is an unpredictable kind of energy with no particular direction or character. Have you been keeping up with the airborne virus “MERS” hitting the Middle East lately? MERS is short for Middle East Respiratory Symptom and is being compared to the 2002-2003 SARS outbreak in China. No doubt this is happening since 4 is in the Center (Wind – airborne) and 4 is also related to Rooster, like Chicken Flu. At this writing, it has been reported that there are 339 known cases including over 100 deaths with no known cures or vaccines.

While MERS was first spotted in September (Rooster month) 2012, the sudden widespread and spike in cases in 2014 has been alarming. Now, as we approach the Snake month, countries like Egypt and Turkey are also infected. The US Center for Disease Control is monitoring the movement and has acknowledged that the virus is “spreading.” Therefore, it is also best to avoid traveling to the Southwest regions while Sickness Star 2 is making a visit.

Note: My April 2014 forecast included an analysis of Flying Stars 6 and 4 in the Center, a combo that contributes to viral flus because 6 is related to breathing organs and 4 is Rooster!

Also, Flying Stars 2,3 are in the East sector and this combination is called “The Fighting Bull.” As such, we will continue to see rising conflicts in East Asian countries. Certainly, the conflict over the East China Sea islands called the Senkaku in Japan and the Diaoyu in China has been going on for years, disputes and the lack of cooperation has hindered economic development and are misused for political purposes. Many historians are attributing the Japan/China fight as difficult as the one experienced by France and Germany in the decades since WWII. It seems now, the dispute over island territory involves the Philippines. At this writing, President Obama is in Manila during his four-nation trip to East Asia.

On a positive note, this month, we still love the South and North sectors with good, prosperous energy Stars in these locations. Northeast area is also okay. So hit up these areas more for travels and important daily functions. For your homes and offices, activate Star 9 in the South by placing Fire and Wood elements. For Star 8 in the Northeast, place more Fire elements. And as for Star 1 in the North, add more Metal and Water. Also, hang a 6-metal rod wine chime in the Center and place 6 metal coins in the Southwest.

Fun facts: Did you know the month of May was named after the Greek Goddess Maia, who was identified with the Roman era goddess of fertility, Bona Dea?