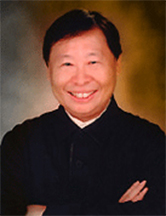 Raymond Lo is one of the most sought-after professional Feng Shui and Destiny consultants in the world. As of 2013, he is one of only five people alive to earn the title of “Grand Master” from the International Feng Shui Association (IFSA).

A native of Hong Kong, Mr. Lo – popularly known as “Fung Shui Lo” – is a graduate of the University of Hong Kong with a degree in Social Sciences. He is now an author, researcher, lecturer, and teacher with decades of practice. He specializes in private consultations for Feng Shui, Four Pillars of Destiny, I Ching Divination, and Auspicious Date Selection. He pioneered the introduction of these topics in the West and is the first-ever Chinese master to share and teach these ancient arts in the English language.

Mr. Lo has written 13 best-selling books, both in English and Chinese, and translated into more than 10 languages including Polish, French, Russian, Greek, Hungarian, Thai, and Japanese. 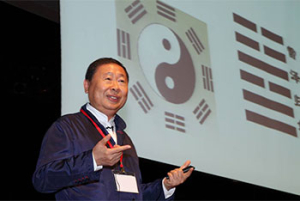 Mr. Lo is most famous for the accuracy of his predictions. He has correctly predicted hundreds of events – from political, economic, and social issues to natural disasters and events in various industry sectors including entertainment and technology. His most acclaimed achievements include predicting the fall of Soviet leader Mikhail Gorbachev in 1991, the resignations of former British Prime Minister Margaret Thatcher and Russian President Boris Yeltsin, the outbreak of the Gulf wars in 1990 and 2002, the capture of Saddam Hussein in 2003, and the killing of Bin Laden in 2011. He also predicted the crash of the NASDAQ in 2000, the breakup of Hollywood stars Tom Cruise and Nicole Kidman in 2001 and with Katie Holmes in 2012, the economic recovery in Hong Kong in 2004, the passing of Apple co-founder Steve Jobs in 2011, and the re-election of President Obama in 2012. Most recently, he correctly predicted the two young men responsible for the Boston Marathon bombing and the 2013 U.S. stock market recovery.

In 1993, he founded the Raymond Lo School of Feng Shui and Destiny. He has taught more than 2,000 students from around the world since then. The school offers first-class training for people pursuing Feng Shui as a professional career. Many of his students have gone on to become successful consultants, teachers, writers, and practitioners.

Previously, he was a lecturer at the S.P.A.C.E. of the University of Hong Kong, as well as a consultant for the Hong Kong Tourist Board, and the Peninsula Hotel’s Peninsula Academy. From 1988 to 1990, Mr. Lo wrote a newspaper column for The Hong Kong Standard. He covered Feng Shui and Chinese Metaphysics, most notably around the Four Pillars of Destiny and the King Wen Oracle System – the first of its kind to be published in English.

A self proclaimed learner, his curiosity and interest on the human experience has led him to explore many subjects related to science, philosophy, movies, and music. His enthusiasm for the pursuit of truth and new discoveries have contributed to his success as a world-renowned expert, consultant, and teacher, and much loved persona with his clients and students from all over the world. 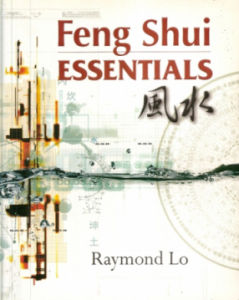 Grand Master Lo’s classic reference book is a must-have for all levels of Feng Shui practitioners. The book contains important materials, formulas, and case studies that will equip anyone to practice Feng Shui to the highest standards. $68USD. 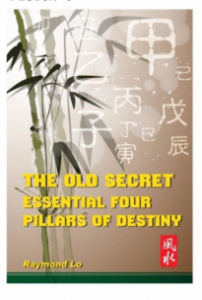 The Four Pillars of Destiny (BaZi) is a sophisticated ancient art of Chinese fortune-telling. This book covers the essential information and techniques. With fascinating case studies from his own research and exploration spanning more than 20 years, GM Lo reveals the “Old Secret” of the Eastern tradition. Learn how to understand and manage your destiny and luck cycles to improve your health, relationships, career, and money prospects. $68USD. 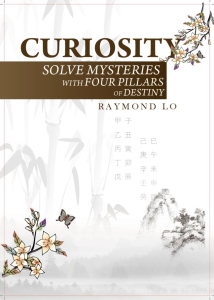 This is an indispensible companion to those who practice or follow Feng Shui and BaZi. The Ten Thousand Year Calendar includes the conversion of the Western Gregorian Calendar to the Calendar of Chinese Elements (or Hsia Calendar System) from year 1900 to 2050 necessary for Destiny Analysis. It also includes the yearly and monthly Flying Stars for Feng Shui Analysis. $40USD.