“And so with the sunshine and the great bursts of leaves growing on the trees, just as things grow in fast movies, I had that familiar conviction that life was beginning over again with the summer.”
― F. Scott Fitzgerald, The Great Gatsby

Hello, June! I survived my clash and enjoyed a very busy and productive month. It was fun and intense and I’m going into the month with a very heavy workload, so I’ll be offering a shorter version of this month’s forecast.

New month, new energy. On June 6th, we arrive at the peak of the summer season with the Yang Earth Horse 戊午 month.

In nature, Yang Earth 戊 is represented by a massive solid mountain. Geologically speaking, mountains are formed from the earth’s tectonic plates crashing together. This tremendous power – or energy – forces the land to jut upwards as the sides of the plates crumple in an explosive collision. This colossal force is Mother Nature at her finest. That’s why Yang Earth 戊 symbolizes strength, perseverance, commitment, shelter, steadfastness, faithfulness, and brute power.

People who were born on a Yang Earth 戊 Day Master can exhibit similar qualities. They are strong, reliable, protective, nurturing, selective but loyal and devoted, passionate, moral, and steady. You can always count on a Yang Earth戊 person to be there for you in every way.

When comparing a person to the grandiose appearance of the mountains, Yang Earth 戊 people are definitely not shy or timid. They exude an air of confidence, have a strong and imposing presence, even if it is a subtle, passive kind. They know what they want and are not restricted by inhibition. Life goals and ambitions are more pragmatic compared to other elements (i.e., Yang Fire 丙 person). They don’t linger in a dream-like state listlessly, or conjure up childish fairytales. They epitomize what is truly real and tangible and their need to be in control is their utmost priority.

Like the mountains, Yang Earth戊 is unmovable. Not much can shake the Earth. That’s why Yang Earth 戊 people are also slow-movers—they don’t make rash or impulsive decisions. They take their time—a lot of it—to digest information and/or to process their experiences. Their actions are always well intentioned and carefully planned. Once a decision is made, however, they are incredibly motivated and determined to achieve it with very little room for deviation or change. Hence, they can, at times, appear stubborn and set in their ways. To win them over, remember, Mountain people need consistency, predictability, a clear vision—and time.

Yang Earth 戊 people do not appreciate the wishy-washy or insipid kind of approach to anything, like those who lack conviction, cannot make up their mind, break their promises, or do not follow through with their words. They lend their sincerest respect only to those who can also exchange similar traits: reliability, loyalty, courage, and commitment.

Yang Earth 戊 people can also appear to tolerate a lot more hardship because they are not the overly sensitive or sentimental kind. While they can withstand a lot of abuse, they do crave consistency and reliability from their environment and relationships. They need to know who they can rely on and trust. Once they have identified those worth their friendship and affection, they will cultivate and nurture these relationships based on safety and security. 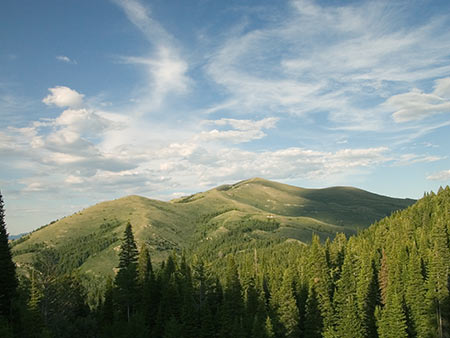 Like the mountain, they love their home, which includes everything—possessions and people—that means the world to them. They are nesters, take pride in ownership, and will protect all that is theirs at all costs—even to the death!

Because they are also naturally quite stubborn and very much set in their ways, they can emanate a tinge of attitude: it’s my way or the highway or I know more than you. Therefore, it takes a healthy dose of patience and understanding and some gentle nudges to get them to embrace anything new or different, especially if the new thought resides outside of their norm. Remember, Yang Earth戊 people need their security and reassurance.

They are generally unaffected by trivial things and can let small things roll off their backs. But sometimes their ignorance, or inability to react in a timely way, can cost them. Some Elements are overreactive; Yang Earth 戊 can sometimes under-react. Thus, it takes a huge jolt or earthquake-like event to finally get their attention. That’s why their experiences may seem more dramatic than others. If you are a Yang Earth 戊 person, learn to recognize the signs more timely, and most importantly, do not procrastinate. Ignorance is not always bliss!

Finally, Yang Earth 戊 being so closely compared to Mother Earth, they tend to also show interest in alternative, mystical, or metaphysical studies. They have a sweet mix of logic and the mystical. They have an inherent gift for merging their logical mind with their instinct (or intuition). They place their trust and faith for the world and those around them in their belly—the gut is everything. That’s why they make great healers, teachers, environmentalists, innovators, entrepreneurs, and consultants.

If you know a Yang Earth 戊 person, consider yourself lucky. What’s more, if you have earned their trust and confidence, you have a friend (or mate) for life!

The Horse is the strongest Fire Element because it represents the peak of the summer season. Because the foundation of the Elements this year is in a birth cycle (Fire supports Earth), that means the Earth’s excessive pressure this year will only intensify and create another wave of imbalance. We expect to see more fire (forest fires, wildfires, explosions) and earth (earthquakes, volcanic eruptions, avalanches, landslides) related disasters in the coming months, which could inadvertently show up as water (floods, droughts, hurricanes) related disasters as well.

Let’s take a look back in history—five years ago, to be exact, also during the Yang Fire Horse 戊午 month.

Among the worst natural disasters and one with a global impact were a series of floods that occurred five years ago, particularly in North America and Europe. Since June 19, 2013 (Yang Fire Dragon 丙辰 day), Canada experienced heavy rainfall that triggered catastrophic flooding described by the government as the worst in Alberta’s history. The disaster resulted in at least four people confirmed dead as a direct result of the flooding, over 100,000 people displaced throughout the region, and damage from the flood costing between C$3–5 billion.  At the same time, Austria, the Czech Republic, Germany, Hungary, Poland, Slovakia, and Switzerland have been deluged by heavy rains since May 2013 that have resulted in at least twenty-four deaths.

The U.S. experienced a series of natural and man-made disasters.

If your Year or Day is Yin Metal 辛, or if your birth year ends with 1 (1941, 1951, 1961, etc…) then the Horse 午 month is your Nobleman! Nobleman represents the most auspicious star. It brings good fortune, good luck, good people, and even a good turn of events! Nobleman brings blessings (albeit sometimes in disguise) and helps us overcome challenges and misfortunes. For instance, if you get sick, you will find the cure or the right doctor to help you heal. If you lose your job, you end up finding your dream job. Nobleman always works in your favor. If you have it, use it! 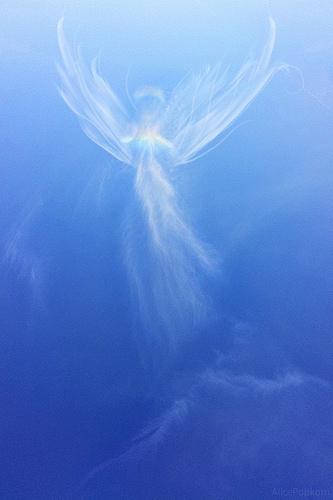 In case you need further proof why Nobleman is a BIG DEAL, let me give you some dramatic but real-life examples:

I only have a very small handful of clients who were born with FOUR Nobleman stars and that is the most that you can be born with. When you talk to them, they will tell you why they inherently feel very lucky—all the time!

If you were born on the Day or Year of Snake 巳, Rooster 酉, or Ox 丑, then strike a pose! This is your Peach Blossom month. It’s time to spread your wings! Whatever it is that you are looking for this month—love, business partnership, work promotion, campaign rally, marketing—take hold of the energy this month and work it in your favor! If you have it, flaunt it! 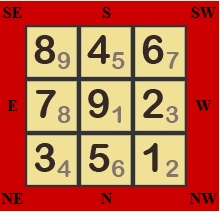 Month Star 1 is in the Center Palace from June 6th to July 7th. Take care of the Feng Shui of your home, especially if your main door, front façade, or important areas of the home are located in the North Sector.

Contrary to mainstream understanding, BaZi forecasting for people is not done based on the person’s year of birth. Instead, the analysis–or Destiny Reading–is based on the person’s DAY of birth; hence, the term “Day Master.” This is the Tsu Ping 子平 way. So be careful how you conjure up information on the web since most writings are based on the year, not on the day. You can read the full article HERE. 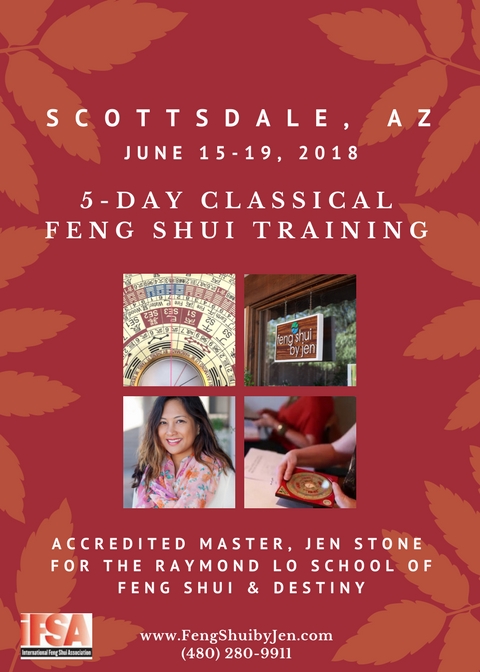 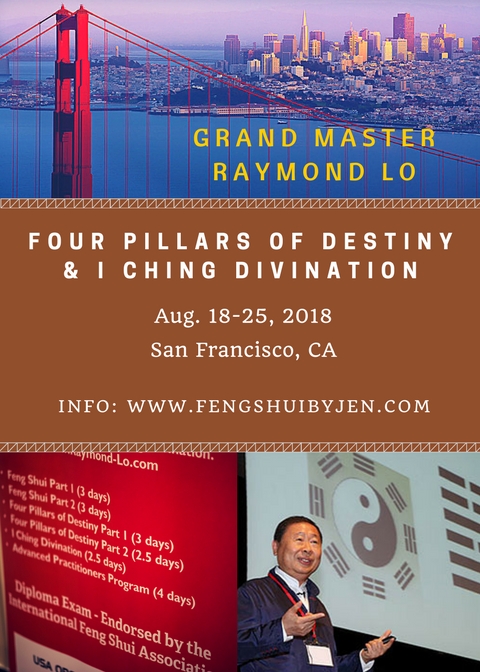