“Forget not that the earth delights to feel your bare feet and the winds long to play with your hair.” – Khalil Gibran

July 7 – August 8 is the Goat 未 month. While the Goat 未 sounds cute in its physical form (pictured below), in BaZi 八字, the Goat 未 is the strongest and most powerful of the four Earth 土 Elements (followed by Dragon 辰, Dog 戌, and Ox 丑).

The Earth’s energy is all around us. From the desires to cocoon, hibernate, and create cave-like shelters for ourselves in order to heal or reconnect, to reinventing self, rediscovering spirituality and rituals, and reestablishing the home front. I often claim that this Earth year is very much like the womb—a time for each and every one of us to shift and refocus the energy back inward, to imagine a better world for ourselves, to cultivate a strong(er) sense of our unique identity, and to stay convicted in our values.

July is going to be a fantastic time to optimize this theme, starting from strengthening the core, however that may look like for you. The core can be the interconnectedness and dynamics of your family relationships and friendships, your spiritual or religious faith, your connection to your biological mother (or mother figure) or your role as a mother, your home life and how you envision that to be your place of sanctuary and playground, your intuitive and spiritual self, your stomach or the central region of your body including how you process and hold emotions in your gut, the overall health and vitality of your life force, and how you can stay firmly rooted to the earth in the midst of a transformative and knowledge-building year.

Since we are all unique beings, our experiences and connection to the Earth year will be slightly different, but the overall theme is the same. Recognize the energy of this mountainous year that is, in many ways, both monumental and pivotal. Enjoy the shift wherever you are in the process! 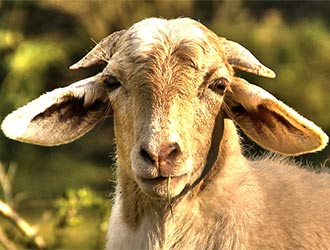 The Goat 未 represents the pause between the summer and autumn seasons. Meaning, the end of the Fire season is near. If your BaZi chart is in dire need of Fire, you may begin to notice your energy level wane. Therefore, extra efforts on your part is needed in order to bring more Fire in your physical body and spirit. More on this under the health section below.

The Goat 未 is considered the most powerful Earth Element because it is attached to the Fire Season. In the Chinese Five Elements cycle, Fire supports Earth. Hence, the strength and impact of the Goat 未 month–coupled with the already heavy Earth year–will only bring more earth-related imbalances.

As you may have already witnessed this year, there has been an unusual amount of volcanic activities all over the world, from Kilauea in Hawaii, Mount Agung in Bali, Kirishima in Japan, Mexico’s “smoking mountain” in Popocatepetl, Villarrica in Chile, just to name a few. When these events take place, it could provoke catastrophic damages causing earthquakes, tidal waves, and a chain of what geologists call “subduction zone volcanoes.”

Sinkholes has also been a frequent occurrence this year. From Pakistan to Florida, Minnesota to New Zealand. Sinkhole is literally a hole on the ground, caused by some form of collapse of the surface layer.

Here are a few notable sinkhole accidents that occurred also on a powerful Earth Day:

Therefore, we expect to see more earth-related disasters such as volcanic eruptions, earthquakes, landslides, avalanches, sinkholes, etc. Because the Earth energy is so vigorous, it will also create a Fire imbalance (as fire diminishes going into the Autumn season) and a Water imbalance (as Earth conquers Water). These can show up as forest fires, wildfires, explosions, flooding, droughts, tsunamis, tornadoes, severe storms, etc. Mother Earth is intensely busy this year!

My husband and I recently vacationed in the Pacific Northwest and we got a stellar view of Mount Rainier. Its stunning and impressive stature makes the picturesque view almost unreal. Curiosity got to us, as usual, and we researched more about it only to be taken aback by its status as one of the most dangerous volcanoes in the world! The last time Mount Rainier erupted was 124 years ago, in 1894. Is it due for another one? Yikes! 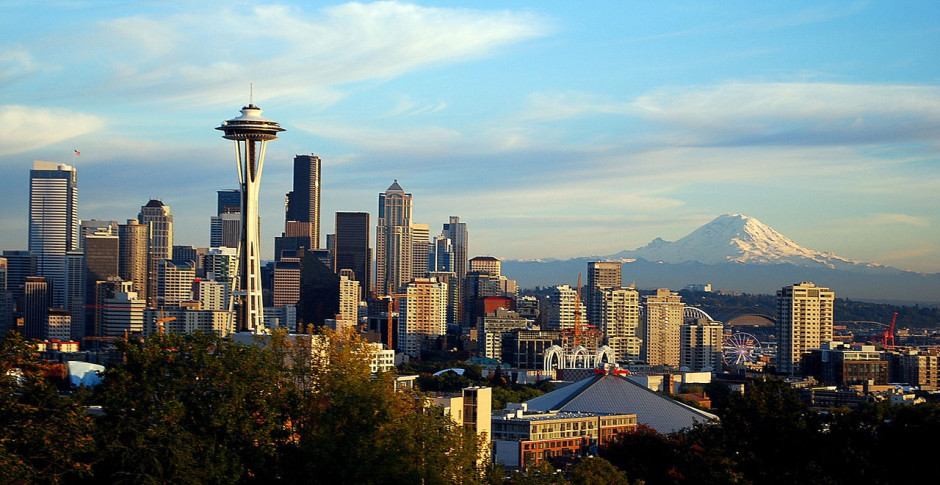 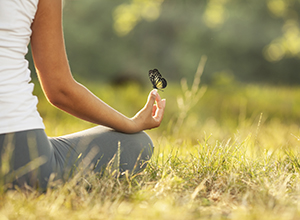 If you were born on a Yin Earth 己 day, you are often compared to a garden. You are gentle, nurturing, soft spoken, feminine, divine, and just like a garden, need tending to and attention. Yin Earth 己 people are generally quite resourceful and have a mindset towards helping or being in service to others. While Yin Earth 己 is comparatively different than its Yang Earth 戊 counterpart, Yin Earth 己 can share similar traits in that they are also protective, sharp-minded, and instinctive.

Because Yin Earth 己 also represents the center direction, it is neutral. If one was born with a lot of Fire, then a Yin Earth 己 person can appear too reserved, overly cautious, slow to making decisions, and timid.

If your Year or Day is Yang Metal 庚, Yang Earth 戊, or Yang Wood 甲, then the Goat 未 is your Nobleman! Nobleman represents the most auspicious star. It brings good fortune, good luck, good people, and even a good turn of events! Nobleman brings blessings (albeit sometimes in disguise) and helps us overcome challenges and misfortunes. For instance, if you get sick, you will find the cure or the right doctor to help you heal. If you lose your job, you end up finding your dream job. Nobleman always works in your favor. If you have it, use it!

In case you need further proof why Nobleman is a BIG DEAL, let me give you some dramatic but real-life examples:

I only have a very small handful of clients who were born with FOUR Nobleman stars and that is the most that you can be born with. When you talk to them, they will tell you why they inherently feel very lucky—all the time!

This Earth energy will only magnify again this month. What’s even more telling is that the Goat 未 has a half-combine relationship with the Dog 戌 year. In case you are new to BaZi, you can read more about my article on Earth Penalty HERE.

If you know anything about Penalty, there is no positive spin to what Penalty means. Penalty means danger, worries, concerns, discomfort, and sickness. Therefore, if you were born with any of these Animal Combinations—Ox 丑, Goat 未, Dog 戌—in your Four Pillars, you must be extra careful this month with regards to the Feng Shui of your home, your health, and depending on where the Animal element sits in your chart, it could impact different people and members of your family.

If you happen to have this Earth Penalty string, this month, carry a jade horse pendant, like this one pictured below. 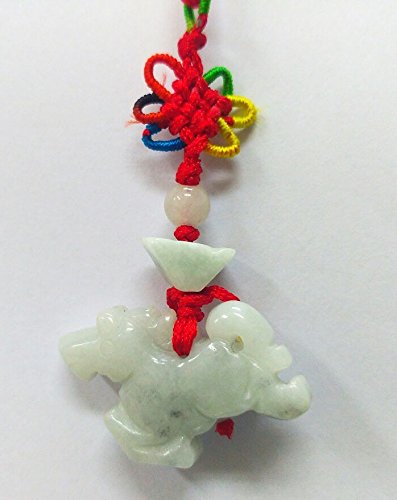 When in doubt, get a BaZi reading done to help you manage and navigate this time. Click HERE to request a private consultation. 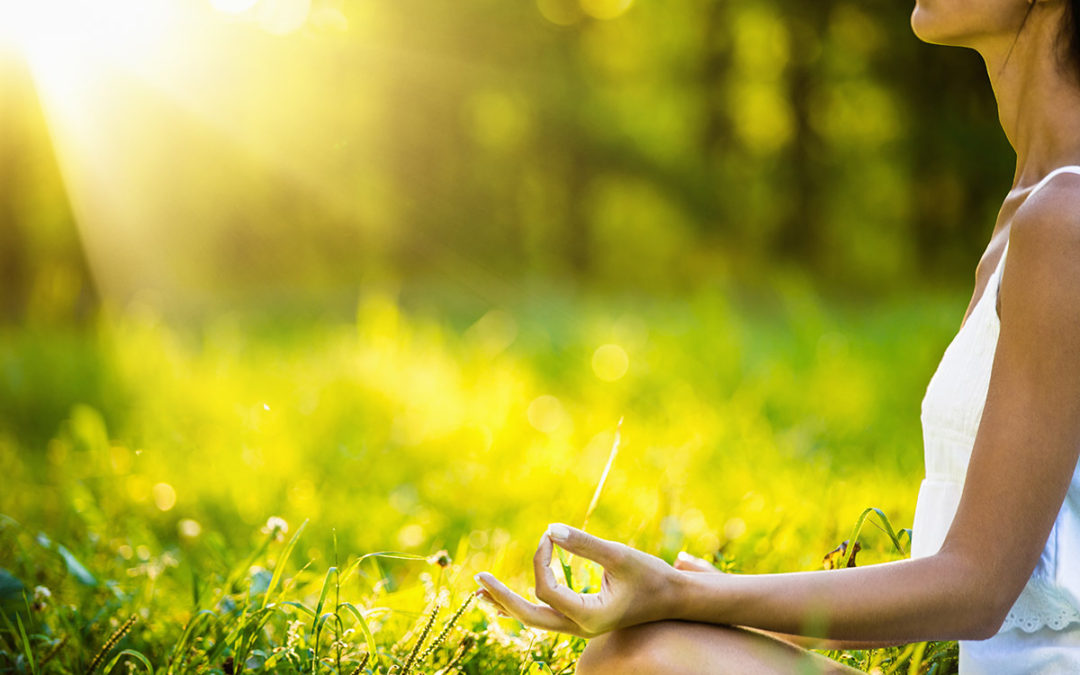 Health is going to be an important topic this month. So I’ll divert to a previous article that I had written back in 2016 that is very relevant now. BaZi and Health: July Goat Month – Earth Element. Read it HERE. 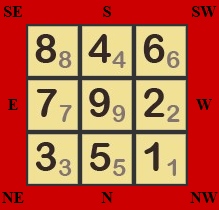 Holy moly! This month’s flying stars are going to be interesting! Why? The month stars will duplicate exactly as the year stars, like this:

That means, your cures and enhancements will mimic what you should have already done at the beginning of the year. What’s fascinating—or creepy—is that the 5,5 and 2,2 combination will repeat and mirror itself in the North and West sectors, respectively. Double up your Metal cures!

But if your house or office space was able to activate the prosperous Annual Star 8 in the Southeast, 9 in the Center, and 1 in the Northwest, then you’re in luck. This month should bring you some strong money luck! 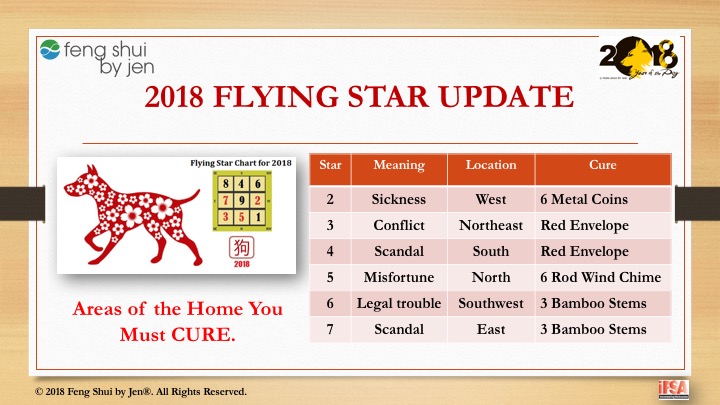 In need of a comprehensive Feng Shui consultation? Click HERE to inquire.

I added a new free workshop! Want to learn the magic of Chinese BaZi?