And just like that, September is upon us, the peak of the Autumn (Metal) season is in full swing. Did you survive the intensity of the Monkey month? I hope so because things are starting to get really interesting (again)!

In the world of BaZi, September is an interesting month to observe because the Elements of the month will duplicate with the Elements of 2017. Hence, these next 30 days will be a window to seeing into the future. Isn’t that neat?

While we will chat more about 2017 forecast next month, I’d like to bring your immediate attention to a handful of important events that are developing here in the United States. And these events will dictate the energy–and fate– of this country in the coming years. 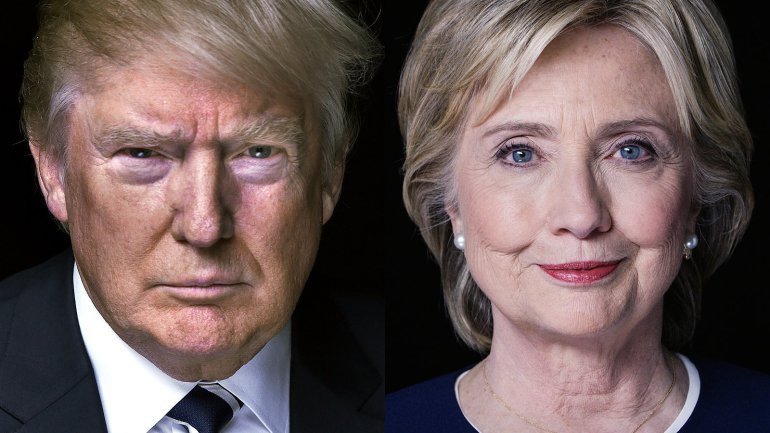 And here it is: The first U.S. Presidential debate between Hilary Clinton and Donald Trump will take place on Monday, September 26th. This will be the first time these two candidates will face off in what will most likely be a memorable–and entertaining–debate. 🙂

As you can see, even though both candidates are Earth (Clinton is Yang and Trump is Yin), their favorable elements are different because the strength of their Day Masters are different (one is strong and the other is weak). This is why the coming time will affect both individuals in the opposite way. So…who is in better luck?

Let’s have a look at the Elements for the day of the debate. The Pillars for September 26th is:

The Rooster 酉 Month and Pig 亥 Day are both Clinton’s and Trump’s Nobleman. That means both will be going at it with strong support from both sides. The Metal day to both Earth candidates also means it is their “intelligence day.” Meaning, they will both have a chance to express and show-off their skills, plans, positions, and opinions. For Clinton, Yin Metal 辛 day means her demeanor and delivery will be very articulate, more aggressive and with more intensity and power. No doubt, the veteran politician will show her prowess. The Pig 亥 day will also combine with her Tiger 寅 Day Pillar; that means her Nobleman (supporters), including her husband Bill, will be very public, conspicuous, and commercialized. Yes, Hollywood celebs, we see you!

On an important note, the Elements of the day of the debate are Trump’s favorable elements (Metal and Water), not Clinton’s. To put it simply, Trump is luckier! We can also interpret that to mean that perhaps Trump may actually feel more internally at ease, confident, and reassured, while Clinton makes for a tougher fight, showing more force and aggression. Let’s not also forget that the Monkey Year 申 is Trump’s Nobelman (better for him), but it is Clinton’s direct Clash against her Day Pillar (more turbulent and difficult for her).

The energetic shift in her campaign over the summer (including Bernie Sanders’ withdrawal) came with the support of the summer season–Fire, her #1 most favorable Element. Hence, she gained a huge momentum with her campaign efforts while Trump’s took a temporary dump! Also, in August, the Monkey month created a string of Fire Penalty (Monkey 申 + Tiger 寅 + Snake 巳) for her, giving her one last boost of Fire that she so desperately needs. Until now…

We are officially at the PEAK of the METAL season, and the Fire is getting very weak. After September, the Fire is totally dead (Dog 戌 month is storage of Fire). That means this will be a tough season for Clinton. Furthermore, she also became very ill with pneumonia (a Metal sickness) once the Fire season shifted away. Isn’t the timing so interesting?

Don’t count Trump out yet. No matter your opinions about him, his luck is quite strong especially with the support of the year and the current season and going into the election in November. This Metal season and Metal year will offer him the support he needs to charge ahead and it can seriously be a game changer! Remember, Metal is his #1 favorable Element.

I’m not counting out on the crazies just yet. Just look at this Monkey 申 Year. The Monkey申 year alone has offered up a lot of CRAZY political ideals, actions, and events that nobody thought would ever be possible: Brexit, the impeachment of Brazil President Dilma Rousseff (I talked about her BaZi here), chemical weapons now in use in warfare by ISIS, the dramatic and controversial Philippine presidential win of Rodrigo Duterte, and then… there’s the idea of The Don as the Prez.

The Chinese Five Elements a indeed a curious thing, isn’t it? Buckle up and see how destiny unravels itself.

For more BaZi fun, we can throw the I Ching coins to solicit more details. And we will plan to do that when Grand Master Raymond Lo teaches the I Ching Divination course in San Francisco this month! Stay tuned or join the course! Click below to learn more.