“A single spark can light a prairie fire.” – Chinese Proverb

Despite which metric system you follow to measure time (Gregorian, Lunar, or Solar) or the season, the Chinese Hsia Calendar puts us officially in the summer season with the arrival of the Snake 巳 on May 5th. Hello, fire!

Year after year, like clockwork, the Snake 巳 month always marks the signal that we—and the universe—have shifted from spring (Wood) to summer (Fire). For the time being, it means the energy of the Earth Dog 戊戌 Year is in full force because the influence of the season plays an essential role in influencing and dictating how the energy of the year will shake up.

According to the Chinese Five Element doctrine, Fire 火 supports Earth 土. And so, the summer months—May and June 2018—will prompt the Dog 戌 year to be stronger, heavier, denser, and more magnetic. And because the Earth Element now has support from Fire, we can expect the essence and inherent qualities of the Earth Dog 戊戌 year to be significantly more powerful than what we have seen (or experienced) so far in the spring season.

If you are following the commentaries around the forecast of the Dog 戌 Year, then the message remains unchanged. The Earth represents a time for healing, centering, and coming back to what matters the most. The Earth embodies the literal, figurative, and symbolic meaning of Earth. For example, it’s an opportune time to revisit your relationship dynamic with your mother (or mother figure), explore your feminine qualities, and root back to the core of what makes your purpose and existence a reality. It’s also a time for incessant dreaming, imagining, reconnecting to nature and Mother Earth, going barefoot in the park, caring for your gut (stomach) health, learning to build your inner faith, trusting your instincts, cultivating stronger intuition, and embracing or inviting Spirit back into your lives. This is the general theme of the Earth Dog 戊戌 Year.

May 2018 is a Yin Fire Snake 丁巳 month. So, let’s explore the Snake巳 Element by itself.

The Snake represents the fourth Celestial Animal in the order of the Hsia Calendar (February-Tiger, March-Rabbit, April-Dragon, May-Snake…) and it is a Yin Fire 丁 Element, like a candle, a flame, or a spark. That means May 2018 is double Yin Fire丁. 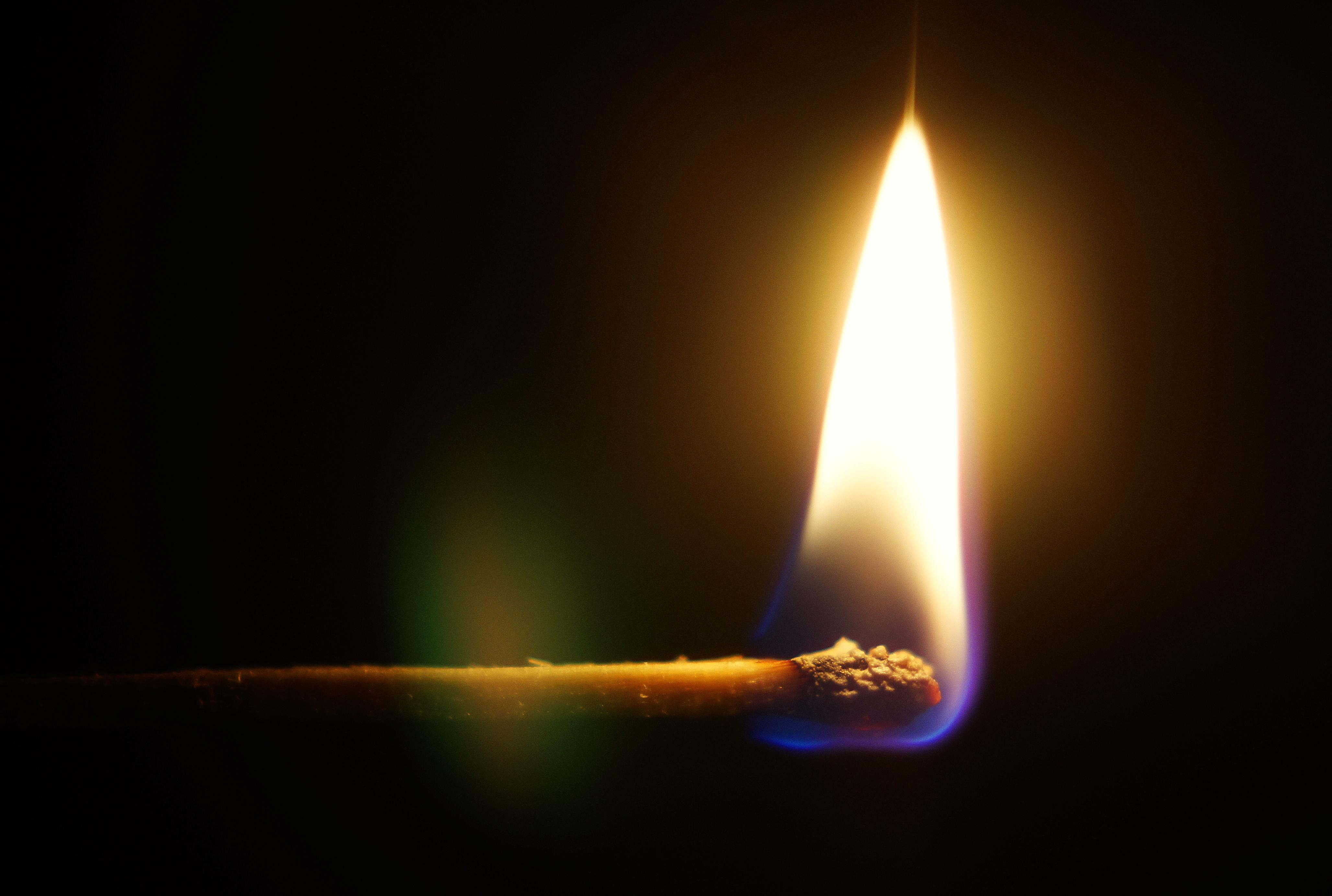 A single spark can light a prairie fire is an ancient saying that appears in many forms and in different cultures (not just from China), carrying a range of shifting implications and connotations. When you dissect the essence of a spark, it is both inspiring and catastrophic.

A spark can light up a bonfire, shedding light, cleansing old and stagnant energy, clearing the way for new vision, and giving warmth and comfort to its surroundings. A spark can also ignite a big explosion, rocking the earth and inflicting pain and chaos in the world around it.

When you apply this same concept to describing a Yin Fire 丁 person, he or she exhibits more creative prowess—and explosive temperament—than his or her Yang Fire 丙 counterpart. How so?

For instance, the characteristics of a Yang Fire 丙 person are like the Sun. He or she is open, bright, transparent, and predictable. Just look at the way of the Sun. The giant star shines brightly every single day. You can rely on the Sun to always be there, consistently beaming and offering, even on a shadowy, cloudy day.

The characteristics of Yin Fire 丁 are antithetic and harder to predict. When you meet or know another a Yin Fire丁 person, you can see how their behaviors and emotions embody the two-sided extremes.

For example, they are creative and moody, articulate but private, open yet picky, eager and aloof, wise but timid, warm-hearted and kind but also cautious and disconnected. Because their character is composed of dualities, most Yin Fire丁 people are harder to get to know—and you can never tell which way they’ll be swinging! You can even say there are a lot of personalities to a Yin Fire 丁 person!

Yin Fire丁 people are, more or less, sensitive creatures; and tend to be more emotional, sentimental, nervous, feminine, fickle, and fragile. When you compare them to their Yang Fire 丙 counterpart, the differences are palpable.

Yang Fire 丙 people spew everything out without filter, like “word vomit.” Ask them how their day is and they’ll offer up a soliloquy to last you an entire lifetime. They wear their hearts on their sleeves—what you see is what you get. This is quite the contrary to a Yin Fire 丁 person, who tends to appear more deliberate and methodical; they are also disciplined and articulate, and decisions, when made, are more calculated and realistic.

That’s why it is not immediately clear exactly what a Yin Fire person is really thinking or feeling. Their moodiness and indifference can often be mistaken as dismissive at first. But they are deep thinkers, often willing to sacrifice keeping up with appearances and relationship connections in order to sort out information privately and in isolation. They take their time, and do things on their own terms. But when they have committed, their actions are genial, well-intentioned, and heart-filled. This is what makes them authentic and pure.

Many famous Yin Fire 丁 people are shakers and movers in their respective professions. They rock the world and make a lasting impression. As they represent the symbol for a spark, they have the power to initiate one microscopic action to inspire other actions, which themselves become a catalyst for creating a cascading chain of actions and reactions.

If you know someone or are friends with a Yin Fire 丁 person, you must learn to love—and accept—their unpredictable and introspective ways, because there is no simple way to know with any certainty which “spark” will amount to nothing, and which might just start that prairie fire.

Yin Fire 丁 is very commonly associated with scary fire-related things such as bullets and firearms, nuclear bombs and explosions, forest fires, and airplane crash disasters, etc. It is no wonder some of the more memorable and tragic events related to these also happen when there is the influence of a Yin Fire 丁 element (in the day, month, or year). Here are some real-life examples:

There are several notable events that also occurred with the influence of Yin Fire 丁:

Needless to say, this history of events has shown how significantly compelling the Snake’s energy is and how its influence can leave an everlasting impact on people and to the world. It is a powerful force not to be reckoned with!

This month is not the time to over-think, retreat, be coy or timid, procrastinate, or hesitate. Clash means GO FOR IT! Use this month’s energy to travel more or better yet, identify an area in your life that needs some tweaking.

Is it your job? Your schedule? Current living situation? Your stress level? What aspects of your intimate or platonic relationships do you want to improve? Is it also time to let go of something, or someone? Could it be time to finally sell your house or take that trip you’ve been contemplating for a while?

Whatever it is, May 5th to June 5th is the perfect time to tap into and capitalize on this opportunity to create something new or to experience something different. Keep in mind, though, that with change, you should also stay open to the possibilities that plans can go awry or take a completely different direction. But if you’re prepared for it, I promise you will feel less anxious, frustrated, or disappointed.

If your BaZi favors the Fire Element, then the Snake month will also give you support and a forward-moving feeling.

Technical review of BaZi charts that favor the Fire Element include:

Want to learn your BaZi chart so you can better navigate the year with ease and success? Sign up for your private BaZi consultation with me. In-person and remote services available. Click HERE to find out how.

This month, Flying Star 2 is in the Center. Take care of the monthly influence in your home. 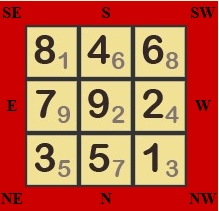 Rule of Thumb: Always cure the negative and outdated stars. To activate, you must consult with a professionally trained and experienced Classical Feng Shui consultant unless you already know the base chart of your space.

To learn more about Feng Shui or if you are interested in engaging this service, click HERE to find out more.

Fun facts: The birthstone of May is the emerald, which symbolizes success and love.