Home/Excerpt from Book, Tips & Educational/Understanding the Different Schools of Feng Shui
Previous Next 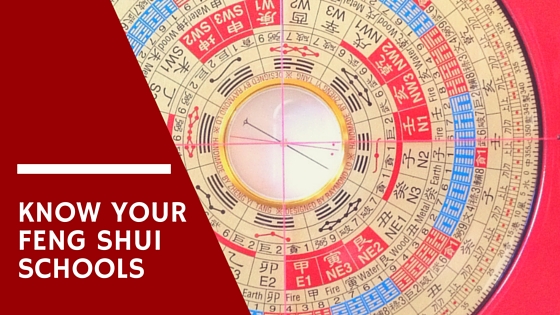 This content of this article is extracted from Jen’s book, “The First Guidebook for Feng Shui Enthusiasts”. To purchase your copy, please visit Amazon.com.

Feng Shui is not a singular practice. There are many schools and systems that place an emphasis on different techniques and application. In fact, you may even know Feng Shui as a result of a combination of the schools.

To understand how and where they differ, I want to highlight the three primary systems most commonly practiced today.

As the name implies, Classical Feng Shui is the traditional, Eastern practice.

Perhaps one of the most obvious differences that set Classical Feng Shui apart from the other schools is that it is a macro, or “outward-in,” practice that includes the consideration for the environment, time, and direction of the property (or space) in a typical assessment. Under the branch of Classical Feng Shui, there are two predominant sub-systems: Forms Feng Shui and Compass Feng Shui.

Forms Feng Shui, or Landscape Feng Shui, is thought to be the oldest Feng Shui system, emphasizing on the natural landforms – or forms – sur- rounding the property. When I say “landforms,” I’m talking about the visual shapes and contours of the environment, including the mountains, terrains, topography, lakes, rivers, and other bodies of water, as well as man-made objects, such as nearby buildings and roads.

Master Yang Yun Sung is credited with expanding the theories of Forms Feng Shui in the 9th century. Although actual documentations of his teach- ings are scarce, he left a legacy of classical texts on Landscape Feng Shui, including an emphasis on the importance of selecting auspicious sites that have the dragon’s energy, or “Dragon’s Breath,” where vital Qi is located. This revelation subsequently contributed to the importance of the careful examination of the shape of land formations.

With the invention of the magnetic Feng Shui compass, or Luo Pan, many Feng Shui masters became skilled astronomers. They studied the influ- ences of the star constellations as well as the directional flow of energy fields on earth – where energy would gather, collect, and disperse. As such, the goal of a Forms Feng Shui assessment can be summarized as threefold:

1. observe the natural environment and evaluate the directional divi- sions of the external features surrounding a property,

2. Understand how the earth’s energy is influenced from above (heaven), and

3. Assess the Qi quality in order to identify where the positive or nega- tive Qi-collecting features are in order to access (or avoid) them.

This technique emphasizes achieving harmony between heaven, man, and earth. And it is a fairly straightforward system.

Because Forms Feng Shui is primarily an external assessment, this system is especially useful if you are looking for a plot of land to build a home, office building, school, or landmark (long before you begin to consider the architectural and interior design of the property).

Nowadays, most people do not have the luxury or the financial means to build a home from the ground up – or the ability to move around on a whim. Also, it is quite common for people to purchase or move into previ- ously owned or pre-constructed homes and other rental-type properties. This is especially true in the West.

As time progresses, people and their homes evolve. So has Feng Shui. A well-trained Feng Shui practitioner makes use of all available resources, tools, and techniques to assess the Qi quality of the environment. There is no such thing as the “perfect house” in a “perfect environment” for all of eternity. We use Forms to assess the Qi quality surrounding a property for its long-term and long-lasting effects to withstand the dynamic changes of time.

Compass School is more complex and has many subsets. First of all, Compass School can be divided into two types: Yang House and Yin House. Yang House represents dwellings for people, and Yin House rep- resents burial sites for the dead. The techniques and applications used for each type are also different. Primarily, Flying Star and Eight Mansion Feng Shui are considered the most influential formulaic methods used for Yang House (you’ll get an introduction to both of these later in the book). And the two main classical systems for Yin House are San He and San Yuan.

All of these systems emphasize the use of formulaic calculations – rather than the external physical landforms – to determine how Qi affects you and your home. Therefore, it is considered a more dynamic practice. It has quick and short-term effects, prompting the Feng Shui fortune of a house to continuously change as time passes (i.e., the quality of Qi changes with time).

Many of the mathematical models used under Compass School are derived from the ancient classics known as the Yi Jing (or I Ching), and we will explore these concepts throughout the book. And it is important to note that the primary difference between San He and San Yuan is that San He ignores the time factor in the calculation; therefore, the formula mainly focuses on the facing direction of the building.

All formulaic systems are also based on direction, which incorporates the use of a Feng Shui compass known as the Luo Pan (see Chapter 8). In my opinion, a serious Classical Feng Shui practitioner should also examine the astrological charts of the residents occupying the space, making it a more powerful and accurate assessment in determining how certain people will react and respond to the shifts in energy. (This practice is known as BaZi or The Four Pillars of Destiny, and it deserves a whole book unto itself !)

It is important to emphasize that Forms and Compass Schools are not nec- essarily two separate schools; rather, they should be viewed as two aspects of Feng Shui – one relates to the physical formations of the surrounding, and the other refers to the abstract, invisible influences affected by time and space (directions).

This style was developed around the ‘70s by the late Chinese Grand Master Lin Yun Rinpoche. He was considered the one who first introduced and pioneered Feng Shui in the West. Black Hat is also one of the most com- monly used systems in the United States.

Many Black Hat Feng Shui practitioners and enthusiasts say the practice is a spiritual and holistic experience, and sometimes even a religious one. It combines the art of meditation by quieting and centering the mind in order to intuitively feel the space and its energy. Many practitioners and enthusiasts also perform rituals, chants, mantras, and other affirmations to bless their dwellings or to “call in” the Qi.

While the Black Hat school honors some of the Eastern heritage of the traditional practice, one of the key distinctions is that it does not consider the use of a compass. It does not assess the external environment, the prop- erty’s location, or house facing directions, as an absolute. Black Hat prac- tice uses the Eight Aspirations Map as its primary tool and is not otherwise a geomantic system. More on the Eight Aspirations Map in Chapter 14.

Since Black Hat is a non-directional practice (wherein the traditional car- dinal directions are not observed), the Map is laid out the same way – no matter where the Main Door of the property faces – for all types of properties. Instead of orienting the house with the Feng Shui compass, the Eight Aspirations Map is oriented to the entryway in any room every time. As you can imagine, it relies less on directional energies, landforms, and astrology than Classical Feng Shui. The internal orientation of the door is what matters here.

Black Hat is a popular form, especially in the West. But many traditional Feng Shui practitioners in Asia regard this adaptation as inauthentic, because it grossly deviates from the traditional roots of the classical prac- tice. It often gets ridiculed and challenged for its methods.

One of the main criticisms of Black Hat is that it was invented to make Feng Shui “easy.” The lack of consistency and oversimplified application means it is not always as black and white. Primarily, the Feng Shui assess- ment of a space is subjective to the person performing the evaluation.

Also, many Black Hat practitioners are often deeply spiritual and/or reli- gious individuals, blending or incorporating their personal beliefs into the practice of Feng Shui. This is one of the reasons Feng Shui gets mislabeled as a religion rather than the logical, metaphysical science it is.

As the name denotes, this system of Feng Shui is “newer.” The practice was developed sometime around the early 1990s and is the Western adap- tion. It borrows and utilizes the Eight Aspirations Map from Black Hat. It also emphasizes products as enhancers – things like crystals, figurines, and talismans, interior designing with colors, shapes, and textures, object placements, and the practice of personal intuition.

This is perhaps the most oversimplified approach to Feng Shui. Many tra- ditional practitioners regard it as “watered down.”

Many untrained enthusiasts employ some form of New Age Feng Shui techniques in their homes. often they may mistake them as the authentic practice of the Eastern tradition. This contributes to the modern-day mis- conceptions about the practice. Skeptics of Feng Shui often give anecdotes relating the many inconsistencies and conflicting advice they’ve heard from different New Age Feng Shui practitioners.

The biggest concern of traditional practitioners is that much of the tradi- tion, philosophy, theories, and rich history of Feng Shui are lost in transla- tion. Some regard the departure from tradition in New Age as a blatant lack of honor and respect. They argue that, without proper consideration, the new idea only creates more confusion and misunderstandings.

Regardless of which system of Feng Shui you use, bear in mind the heart of Feng Shui lies in the study and observation of Qi – so let’s explore that concept now.